Seasonal schlock will also grace the 25 Days of Christmas Classics line-up, featuring Santa Claus Conquers the Martians (1964) and Santa Claus vs. the Devil (1959) and their Cinematic Titanic (2008) and Mystery Science Theater 3000 (1993) roasts.

The grand finale will be a 24-hour marathon of holiday films on Christmas Eve, followed by a Christmas Day TV-Special celebration, featuring holiday episodes from The George Burns and Gracie Allen Show (1950-1958), Liberace’s Christmas Show (1953), The Red Skelton Show (1951-1971), and more.

More merry marathons will be featured on The Film Detective this month, including a celebration of the 96th birthday of entertainment icon Dick Van Dyke with a mini-marathon of The Dick Van Dyke Show (1961-1966) on December 13. Special events will also include a week-long feature of Gertrude Berg’s hit sitcom The Goldbergs (1949-1957) in honor of Hanukkah, a Frank Sinatra Birthday Marathon on December 12, and a Kings of Comedy New Year’s Eve marathon, featuring the Marx Brothers, Charlie Chaplin, The Three Stooges, and more.

About The Film Detective:

The Film Detective is a leading distributor of restored classic programming, including feature films, television, foreign imports, and documentaries and is a division of Cinedigm. Launched in 2014, The Film Detective has distributed its extensive library of 3,000+ hours of film on DVD and Blu-ray and through leading broadcast and streaming platforms including TCM, NBC, EPIX, Amazon, MeTV, PBS, and more. The Film Detective has released its classic movie app on web, Android, iOS, Roku, Amazon Fire TV, and Apple TV and is available live with a 24/7 channel on Sling, STIRR, Plex, Local Now, Rakuten TV, and DistroTV. For more information, visit www.thefilmdetective.com.

For more than 20 years, Cinedigm has led the digital transformation of the entertainment industry. Today, Cinedigm entertains hundreds of millions of consumers around the globe by providing premium content, streaming channels and technology services to the world’s largest media, technology and retail companies. 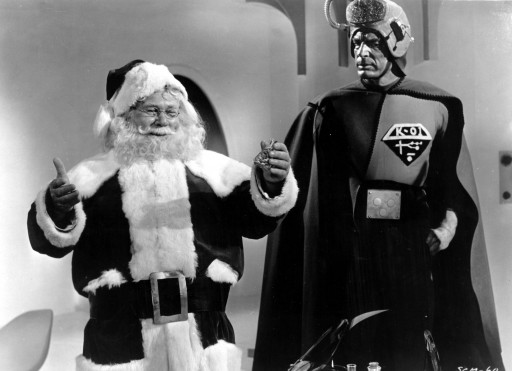